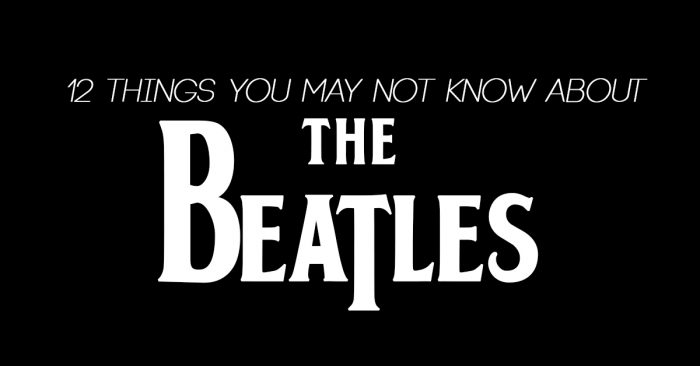 They were credited with starting the “English Invasion” in the 1960s, creating a new haircut trend and making some of the most popular music in history. John, Paul, George, and Ringo were The Beatles, and they were prolific at creating hit after hit. It seemed the world knew just about everything about them from their start as the Quarry Men to their well-publicized break-up. Here are 12 things however, that you may not have known about the Fab Four.

The Beatles have a legacy that will last for generations, even though as a band, their time together was relatively short. While George and John have passed, Paul and Ringo continue to perform. Those who were fortunate enough to have seen the band perform in person will have indelible memories.

Home Appliances That Changed Our Lives

Should You Have Family Members Working for You?

Four Paths to Selling a Home

When Working From Home Is Running a Small Businesses

How Do You File a Life Insurance Claim?