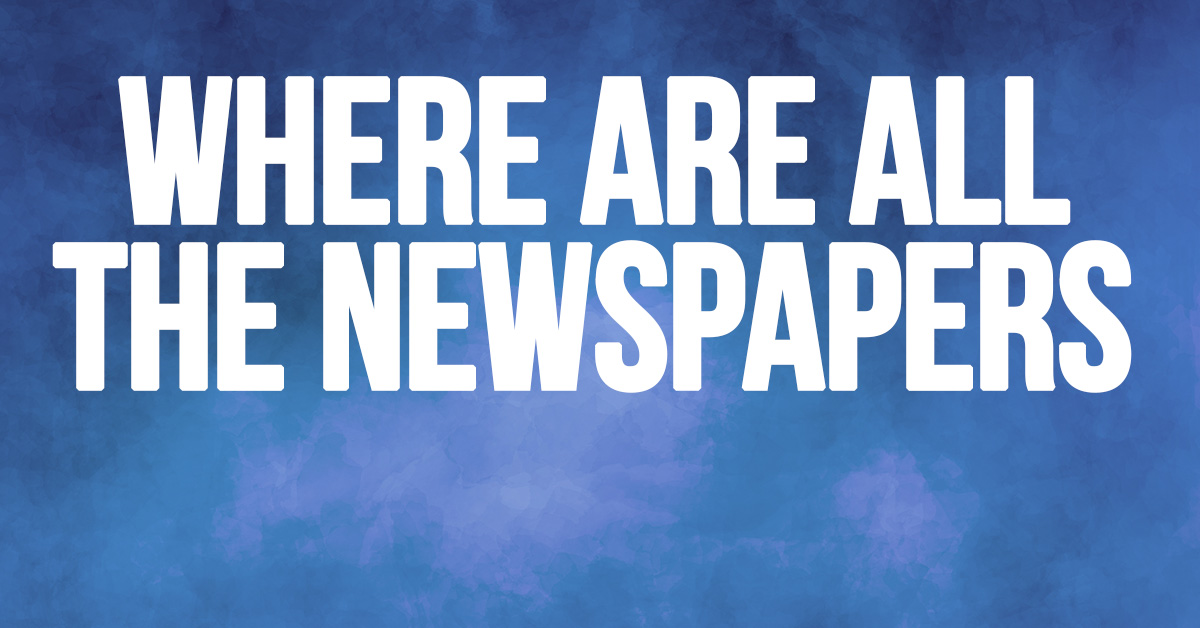 It is no secret that the newspaper industry has been shrinking over the past several decades. Where once a city may have had both a morning and evening edition, it may be fortunate to have one. Where a city may have had a daily paper it may have turned into a twice-weekly or weekly publication. Many have disappeared altogether.

What’s behind the shrinking newspaper industry and what are the ramifications? Are newspapers outdated? Can they make a comeback? Here’s a review.

Newspapers have long been a part of the fiber of American politics. Many presidents and politicians ran newspapers and used their platforms to help them get elected or to get legislation passed to further their interests. Many newspapers where blatantly Democratic or Republican. Laws were even passed forcing certain notices to be paid to be published in newspapers to help support them It is a practice that still is in existence today. Today, newspapers have no such political champions.

The decline of printed newspapers has been fueled by the internet, alternative news sources, printing expenses, and less “free” time. Initially, newspapers tried to survive by shrinking print and pages but it just wasn’t near enough. Consumers also saw newsprint as wasteful and environmentally unfriendly. From 1970 to today, over a third of all newspapers have disappeared.

Increasing printing costs created more expensive advertising and resulted in lost income. The spiral was on and newspapers were scrambling tto monetize online editions of their news. Some have stopped the bleeding but are struggling to maintain full reporting and editorial staffs.

The problem is that we are being left with fewer and fewer trained, unbiased journalists to report the news. Many cable news outlets have their own slants on the news and bloggers certainly have their own biases. Social media is out of control and reliable news sources are shrinking.

If newspapers were to disappear, it would not be a good thing.

What can you do? Support your local paper through a traditional or online subscription. Seek out unbiased news sources, not just those who reflect your beliefs. If we continue to lose quality journalists and respected newspapers, we all become a bit less for it.

Like many industries, insurance has changed over recent decades. You can still get one on one customer service and assistance however, when you contact one of our independent insurance agents. We are here to answer your questions and review your current coverage. We can even help comparison shop for the best value. For auto, home, life and business insurance, reach out to one of the members of our team today.

Things You May Not Realize You Can Do In Michigan

What Do You Do With Your Spare Time?

The Art of the Car: Famous Car Designers You Likely Never Heard of

Five Tiny Things You Can Do Daily to Make Life Better

The World of Small Cars

Six Surprising Things You May Not Know About Your Home Insurance